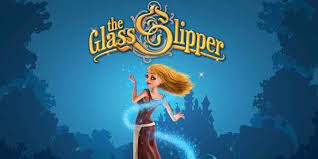 The Glass Slipper slot is an online slot game that was developed by Ash Gaming. The online slot is a five reel and three row vibrantly coloured rendition of the classic Cinderella fairy tale. The story focuses on Cindy, who is the main character, and her attempt to attend the prince’s ball.

The reels are set on a medieval wagon within the village with the castle seen in the far distance. Standard playing card icons are present on the reels in various colours while the themed symbols portray characters and items from the story. These symbols include the ugly step sisters; Cindy’s fairy godmother; the handsome prince; a white dove; a bucket and two glass slipper symbols.

The Glass Slipper slot features twenty fixed pay lines set across the five reels. The betting levels are wide and range from denominations of 0.01 up to 25. This makes 500 the maximum bet for all pay lines per spin.

There is an auto play feature which allows up to ninety nine spins to spin automatically. This feature can be activated by clicking on the auto play button which is situated below the reels.

The Glass Slipper slot wild symbol will substitute all of the symbols apart from the jackpot glass slipper symbol when a winning combination is possible. This symbol also pays out 100 coins, 1 000 coins and 5 000 coin when it lands in a row three, four or five times on a pay line.

The super wild feature comes into play when the dove symbol appears on the fifth reel. White doves will fly across the reels and change up to five of the regular symbols into super wilds.

The Glass Slipper slot spring clean bonus feature is triggered when the bucket symbol appears on the fifth reel. The screen will then display twelve windows that need to be cleaned. Each window holds a hidden cash prize which is awarded upon selection at Gaming club Canada. Selection goes on until a window breaks.

The fairy godmother symbol is another scatter bonus symbol which needs to be seen on the first, third and fifth reels at the same time to trigger the magic free spins bonus round. Twelve free spins are awarded with a clock that ticks forward after every free spin. The goal here is to land three winning combinations with special symbols found on The Glass Slipper slot free spin reels. These are Cindy’s feet, her dress and a pumpkin. When this happens entry in the grand ball bonus is granted.

The time left on the clock will be transferred into the grand ball bonus game where the aim is to choose dance moves that will charm the handsome prince. The dance moves award cash prizes which are collected until the clock strikes midnight. At any random moment the fairy godmother may turn back the clock.